Self-Portrait on an Escalator 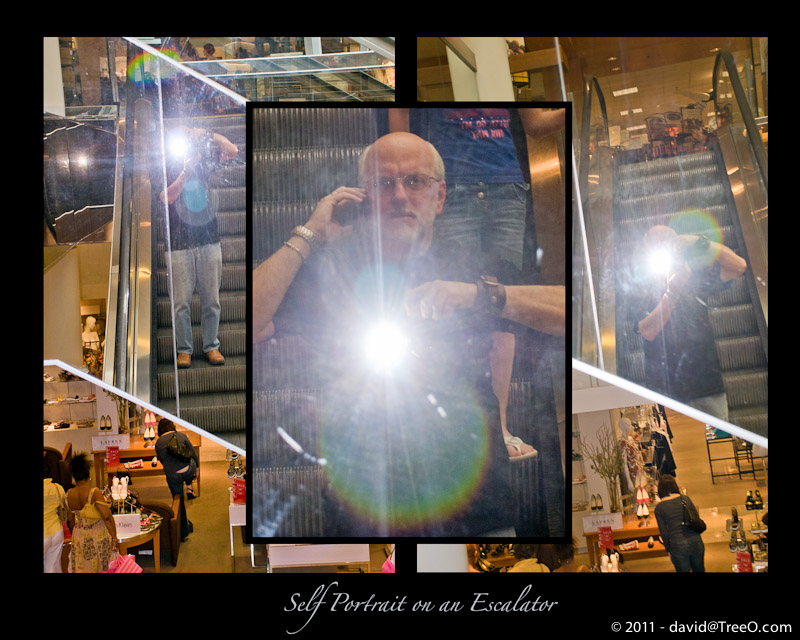 And now for something REALLY different.

Story behind the photograph (before they were called “selfies”):
We were shopping in Delaware on this day in 2008. I was bored and started looking for pictures to take. On the escalator in Macy’s, I noticed the mirror finish on the areas surrounding the escalotor and decided to take my own picture using a flash for dramatic effect. I rode the escalator several times as If I look through the view finder while shooting, it covers my face. So, you kind of have to “shoot from the hip”, guessing at the aim. After several passes, i finished and continued through the store. Suddenly, I was approached by a security guard who wanted to know why I was taking pictures (my flash made it evident I was shooting). Turns out the escalator is right over the jewelry department and they thought I was casing the joint.

Today is the anniversary of “The shot heard ’round the world”, the day the American Revolution started.
Also, the Oklahoma City Bombing was 24 years ago today.