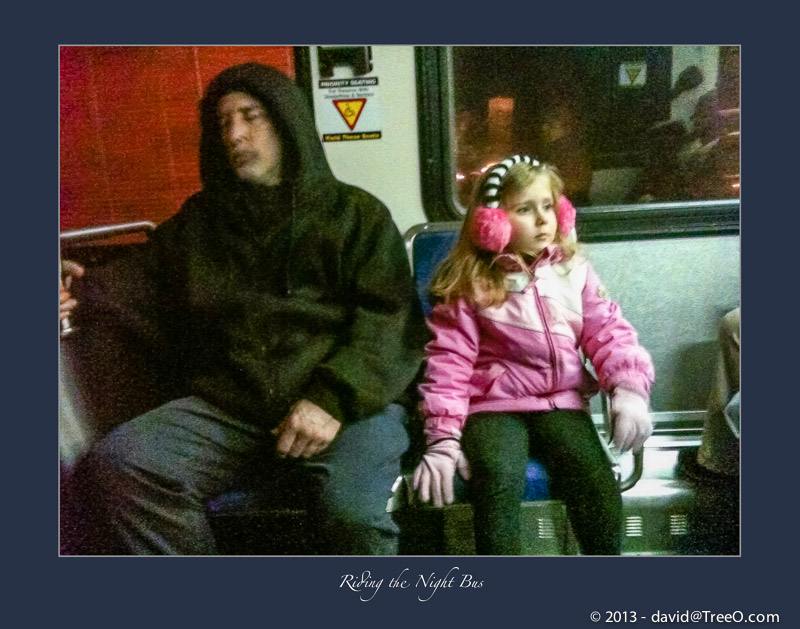 Philadelphia Septa 23 Bus - December 11, 2010
Riding the bus home from Center City, this little girl in pink, all bundled up, caught my eye.

The contrast between her and the man seated next to her (kind of looks like a “Ted Kaczynski: The Unabomber” type) prompted me to pull out my iPhone 3Gs and take a shot.

Also, I worked on the website of Sam Levin, The Mystery Photographer, who used to ride the subway with a camera in his hat in 1933. He was an inspiration for this photo.