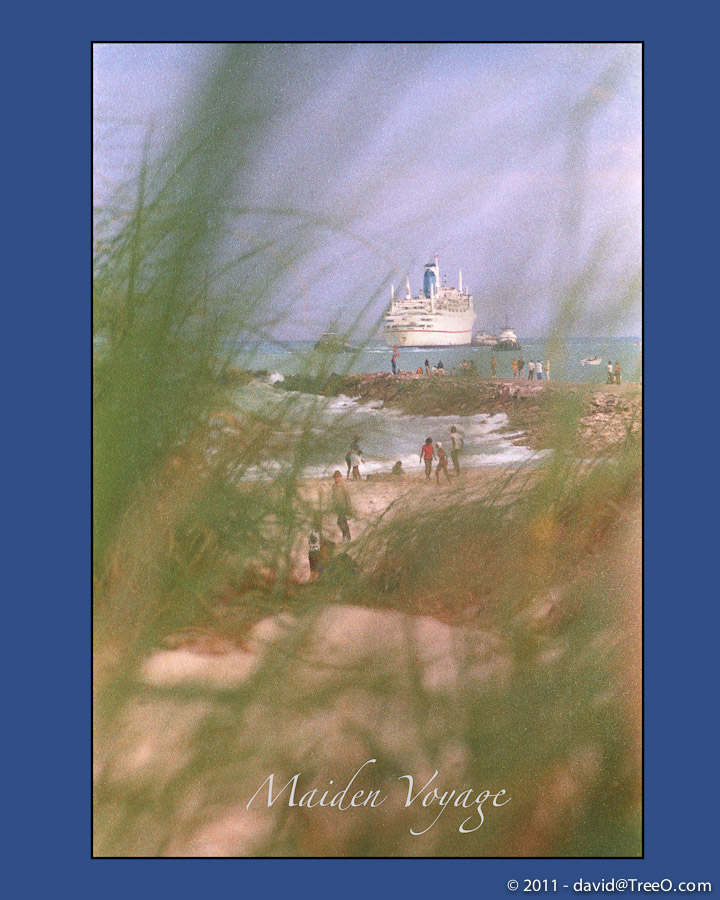 I got such good feedback on yesterday’s Miami Beach image, I decided to post another. The soft painterly look is as shot. Shooting through the grass softened the image and gave it that look.

Back in  1972, the Mardi Gras cruise ship ran aground on it’s maiden voyage. It was leaving
Miami Beach through Government Cut (now part of South Beach)
made a right turn and ran onto a sand bar. Stuck there for 24 hours, you can see the tug boats
attempting to free her. I shot this on the second day…

This photograph was taken with film (you do remember film, don’t you?)

I always knew it was the maiden voyage of the ship, what I didn’t know, until a few days ago, was that it was the first voyage for the “new” cruise line, at the time, Carnival Cruises. What a way to start a business…