Anniversary of My Testimony at Jim Morrison’s Trial 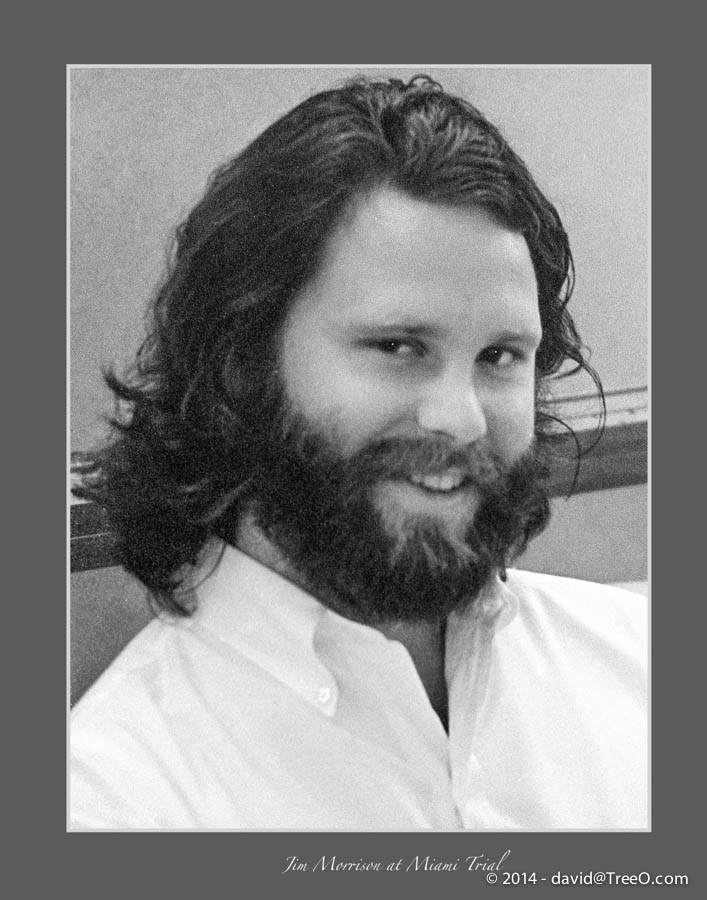 Dade County Courthouse, Miami, Florida - October 10, 1970
Today is the anniversary of my testimony in the Jim Morrison Miami Trial, 52 years ago.
This is a rare photograph of Jim smiling. It was taken in the Dade County Courthouse in October 1970.For those that don’t know the story on the concert and trial (I was the first defense witness), you can read it here (http://www.TreeO.com/Morrison), including a transcript of my testimony and a video of my VH1 interview.