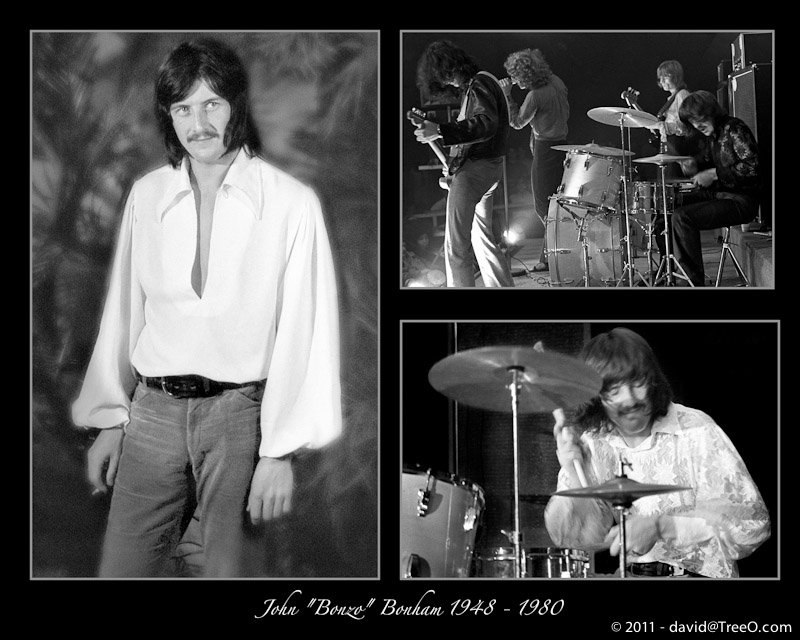 I was fortunate not only to be able to photograph John “Bonzo” Bonham, Led Zeppelin’s drummer, but actually meet and talk to him. You can read the story of our meeting here.

John is considered by many to be the best rock drummer in history. I was so pleased to see his son, Jason, playing with Led Zeppelin at their O2 Arena Reunion Concert on December 10, 2007. They originally broke up the group after Bonham’s death in 1980.