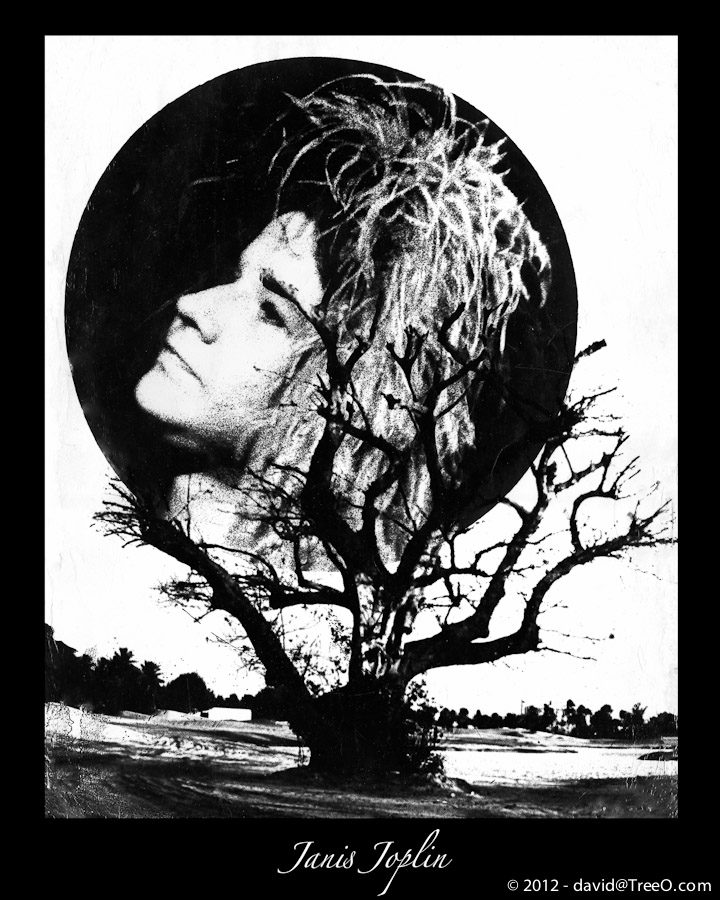 This photograph of Janis was shot at the West Palm Beach Rock Festival. Just three and a half months after Woodstock, it was nicknamed Woodstock South. Also at the three day festival was Jefferson Airplane, Sly Stone and the Rolling Stones. I camped out in a tent and endured rain and mud.Janis died of an overdose 10 months later.

I produced this special effect print in the darkroom over 50 years ago.