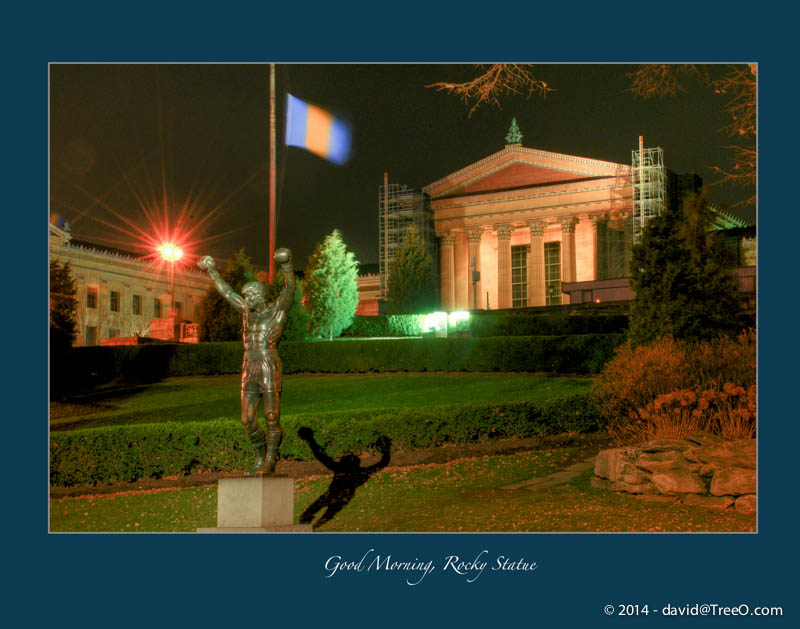 Center City, Philadelphia - December 4, 2008
Friday’s daily photograph included the famous Art Museum steps. This controversial “figure”, brought to you by the city with the 45 foot clothespin sculpture, was originally on the steps of the Philadelphia Art Museum. It was a gift from Silvester Stallone after the filming of his movie Remember the scene where he runs up the famous steps? It was proclaimed by the Art Commission as a movie prop and not “true” art and moved to the stadium. Then finally in 2006, it was returned to this location on the lawn of the Art Museum. There is a full history of the statue here.

I love the shadow it casts at night and the star the spotlight forms. Photographed December 4th in the AM.