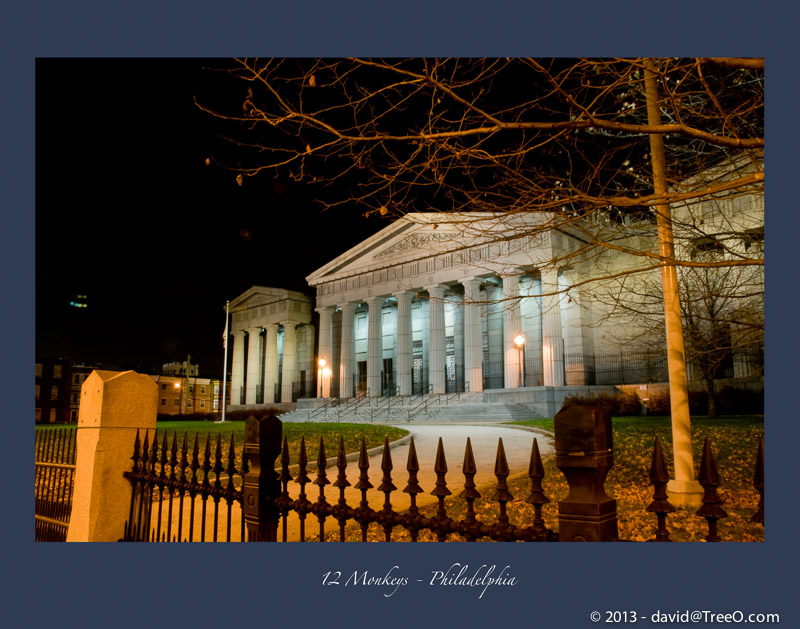 Center City, Philadelphia - December 4, 2008
I always wanted to photograph this building, so while I was out the in the wee hours of December 4th, I made it my last stop. The building was featured in the Bruce Willis movie, Twelve Monkeys. The Ridgway Library Building, which had been abandoned for 30 years when the film was made in 1995, has since won several awards for adaptive re-use since being renovated to house the Philadelphia High School for Creative and Performing Arts.